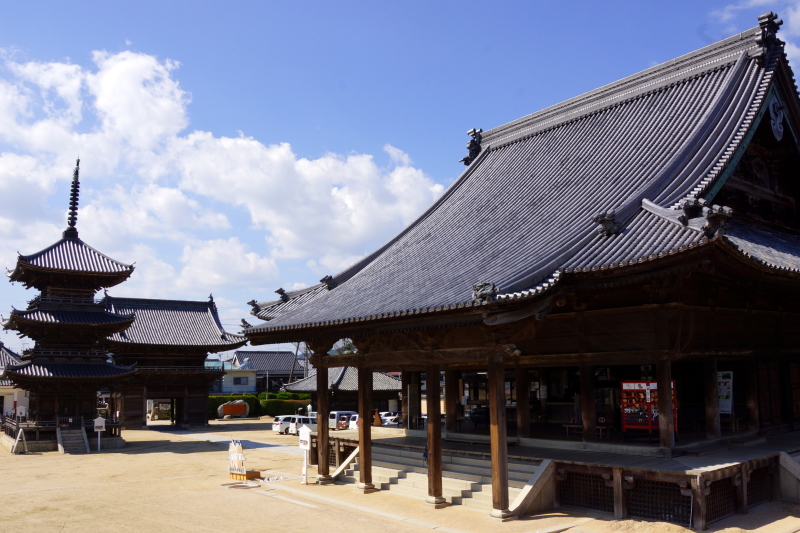 In Saidai-Ji Temple in Higashi-Ku, Okayama City, a festival called “Saidai-Ji Temple Eyou” is held on the 3rd Saturday in February every year.
This unique and dangerous festival is a “Japan’s three strange festivals”, also called “Naked Festival”, and it is prospered with a lot of participants and visitors every year.

Tracing the history of Saidai-Ji Temple Eyou to its origin, it has started since the Nara Period.
The current style has been since 1510.

Two Holy Shingi, prayed for two weeks, are covered by a paper called Gooushi, a kind of charm.
At 22:00 on the festival day, they are thrown from Gofuku-mado window in the temple in the darkness.

10,000 participants are outside to get Shingi by looking for a scent of incense in the darkness.
According to a tradition, a person who gets a Shingi and bring it out of Niou-Mon Gate can be a “Lucky Man” of the year.

Though it seems to be simple, a lot of people are injured every year because a lot of people try to get only 2 Shingi.
Until it is brought out of Niou-Mon Gate, Shingi struggles a lot, so that it is difficult to bring Shingi safely.

In recent, it is standard that getting and protecting Shingi by a team to bring out of Niou-Mon Gate, so that there is no Lucky Man who had private entry.
And amazingly, they need to pretend that they do not have Shingi.

Saidai-Ji Temple Eyou is held on February 16 this year.

Participation conditions of Saidai-Ji Temple Eyou is to be a man who is above junior high school, has no tattoo, and does not drink alcohol.
They attend it by a loincloth, almost naked.

Before it, there are “Boy’s Naked Festival” by elementary school kids and “Eyou Drums” by brave women to make men excited.

It is introduced as “Naked Festival” in abroad.

The solemn tatami floored main temple of Seidai-Ji Temple is excited by naked men on the festival day.
Also, it is designated as the intangible cultural asset, and powerful shouts “Wasshoi! Wasshoi!” are sounded.

It is necessary to see the excited “Naked Festival” in Okayama in February!